The Future of Spy Cameras

Spy camera technology advances at an incredible pace. As you might have noticed from our extensive selection of new releases, Spy Equipment UK is very excited about the future of spy cameras, but what does it hold? 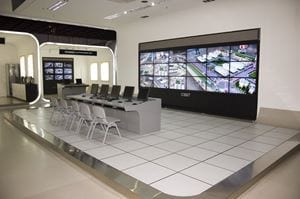 What Does the Future Hold For Spy Cameras?

Drones have been in use for years, capturing satellite imagery for surveillance spying purposes. David Hunter Tow predicts that soon, they will be in common use, circulating among piloted aircraft, by the government, NGOs and private corporations. These spy camera devices will be able to record footage, and smaller autonomous drones are set to navigate and make target decisions whilst filming.

British troops are already using the Black Hornet spycam in surveillance, flying around corners and around obstructions to record any threats, videoing dangers and relaying recordings back to remote controllers used by soldiers.

Many sources point towards tiny insect drone cameras being used by 2018. These autonomous secret cameras have been in development for over 10 years. They are used in spying missions, and by 2018 will be able to move like an actual fly, recording and transmitting visual and audio information. The ‘fly on the wall’ will no longer only be a figure of speech.

Even more advanced are the plans to enable these insect MAVs (micro aerial vehicles) to target threats, even individuals, “attacking” and “stinging” targets. They are predicted to be deployed on spy missions for weeks and recharge with either solar power, wind energy, or off power lines.

The Future of Spy Cams

Researchers at Rambus have recently completed rehauled the future of covert spy cameras, creating a miniscule 200 micron camera. Smaller than the tip of a pencil and virtually invisible, this camera does not even use a lens. A tiny sensor maps out light signals as a processor compiles this information into a photographic image. Although primarily intended for use in smart gadgets, this amazing little device is bound to be used as a hidden camera for spying purposes in the future.

Some even think spy cam technology could develop the film industry. Spy cams will soon have interchangeable lenses to record from different perspectives, suggesting that these spy cameras could soon be used for extreme sports film, documentaries and journalism.

Believe it or not, covert cameras are also set for use in environmental campaigns. Artist Jonathon Keats has already designed and implemented a wireless video surveillance unit using long-exposure images to record the gradual change of Berlin. The idea is that this will show city dwellers how their behaviour has affected the city over the years.

The future of spy camera technology is rife, and you can trust that at Spy Equipment UK we will keep you up to date with the latest updates and exciting new products. Contact us to learn more of our clever and intelligent spy cameras.