Recently, the news has been awash with stories of ‘pervasive’ surveillance or ‘snooping’. Whether it be enacted by government agencies, businesses or individuals, the coverage is rarely positive. Many people appear to be very worried about the extent of monitoring in our society, but exactly how much of a threat does surveillance really pose to our privacy, and is it always necessarily a ‘bad’ thing?

The problem with surveillance is that, due to its covert nature, no one person can ever have all of the information on the subject at hand. However, the nature of surveillance need not always be a negative part of our lives. As politicians will remind us, monitoring is used predominantly for national security to protect us in our everyday lives. But, the debate goes on: where should surveillance end, and how much should information relating to the practise be shared with the public? 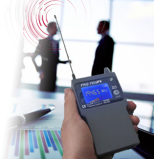 One major concern that has been circulating is related to the increase in wearable technology allowing monitoring on the move enacted by anyone who owns such a device. Many people believe that gadgets such as Google Glass, with their in-built supposed spy cameras, may be ‘normalising’ constant surveillance, as people can supposedly record secretly on the move. However, the company’s spokespeople have said that this is not the case regarding Glass, as the device lights up and is very obvious when recording, so is this really a huge issue? Are be being drawn in to accept such monitoring due to the exciting technology that accompanies it, or is it really simply a feature of modern inventions that will assist us for the better in our daily lives?

Empowering the Public to use Monitoring

Recently, this article claimed that many technology manufacturers are releasing apps that activate the microphone of smart phones, technically allowing the program to gather audio data and ‘listen in’ to the user’s surroundings. The idea, apparently, is that surveillance is ‘not a crime, it’s a feature’. So, perhaps surveillance isn’t all bad, in fact, maybe we could all use this technology to our own advantage.

There are numerous situations in every day life where we may encounter security threats or privacy issues. Using surveillance ourselves will allow us to protect ourselves, whether it is by using Google Glass as a spy camera to prove mistreatment on the streets, or using computer monitoring to find out if anyone is trying to access our files, could become a hugely positive part of our lives in the future. This could prevent crime and leave us all more in the loop with the current intelligence world. After all, if the capacity for surveillance is out there and being used by others, we might as well use it ourselves, or at least be aware of it to maintain our own privacy.

Of course, whilst surveillance can be used for real positive ends, the technology is available for negative use, too. If you are concerned that you are being watched by someone without legal reason, you may well have serious worries about your privacy. In such a case, the best way to regain your security is through counter-surveillance. With devices such as bug detectors you can find any covert devices that have been installed in your surroundings, or with our specialist counter surveillance sweep service you will receive a thorough investigation from an ex-policeman and private investigator who can use their expertise to detect any snooping that may be in place, remove it and allow you to take action.

So, next time you think about surveillance, consider the pros along with the cons. If it weren’t for monitoring, our society would not be so secure and ourselves as citizens not so safe. The best thing we can all do is to learn about surveillance. And, if you would like to use any of the highly sophisticated technology yourself to carry out your own investigations, call us today on 024 7601 0588 or find our complete list of contact details by following the link.