Previously, Spy Equipment UK brought you up to date with Everything You Need to Know About The Huawei Spy Allegations. Since then, tension between the Chinese technology giants and the U.S, in particular, has intensified.

Huawei says they have contract agreements with 30 countries, to provide equipment for building new 5G networks. However, the U.S.’ obstinate position on the view that using Huawei equipment will compromise the security of its users could foil the company’s 5G plans and seriously damage their reputation as industry leaders.

False Claims From The U.S?

Speaking at The Mobile World Congress in Barcelona Huawei’s chairman, Guo Ping, insisted that the U.S allegations have been fabricated. Guo, who gave a keynote speech at the conference, focused mainly on utilising the opportunity to pitch Huawei’s 5G wireless technology.

However, he spent the latter stages of his speech condemning the U.S. Guo said, as reported by Business Insider: “Huawei has a strong track record in security in three decades. Three billion people around the world. The U.S security accusations of our 5G has no evidence, nothing.”

While not exactly throwing a similar allegation back at the U.S, Guo satirised the U.S Cloud Act, a law sanctioned in 2018 that requires Microsoft, Amazon and other cloud providers to share data with the American government upon request. The law could give the U.S access to large amounts of data on European citizens. Pointing to the irony attached to the fact that the Cloud Act allows America to access data across borders, Guo deliberately called out the American government for their allegations. 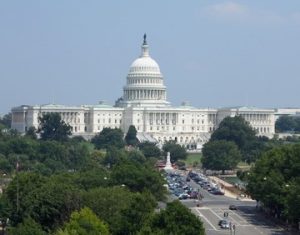 A Race To Preserve Brand Integrity and Trust?

Huawei is still endeavouring to prove to international governments and mobile operators that they do not spy on people and subsequently feed the information to the Chinese government. Guo maintained that the company does not and will not plant backdoors – a hidden method for obtaining remote access to a device – in a defence of Huawei’s ethics.

He said, “Let me say this as clearly as possible, Huawei has not and we will never plant backdoors, and we will never allow anyone to do so on our equipment. We take this responsibility very seriously. Carriers are responsible for the secure operations of their own networks. Carriers can prevent outside attacks.”

During his speech, Guo referred to Donald Trump’s comments on 5G as he outlined an overwhelming desire to see such networks up and running as soon as possible. Last month the American president tweeted, “I want 5G, and even 6G, technology in the United States as soon as possible. It is far more powerful, faster, and smarter than the current standard. American companies must step up their efforts, or get left behind.” 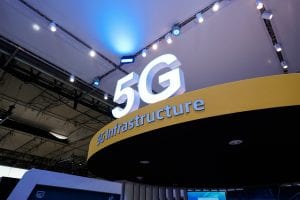 The Pending Arrival of 5G

The U.S government has made efforts to persuade its allies to rethink allowing Huawei equipment into their 5G networks, citing the fear that the organisation’s kit might enable the Chinese government to spy on users.

One of America’s top cyber security officials, Robert Strayer, remarked: “A country that uses data in the way China has, to surveil its citizens, to set up credit scores, and to imprison more than 1 million people for their ethnic and religious background, should give us pause about the way that country might use data in the future.”

Huawei and its CFO Seek Justice

Huawei is thought to be preparing to sue the American government for excluding federal agencies from utilising the company’s products. The lawsuit is expected to be filed close to Huawei’s U.S headquarters, in the Eastern District of Texas.

Meanwhile, Huawei’s CFO, Meng Wanzhou, has filed a lawsuit against the Canadian Government, having been arrested in Canada on suspicion of violating sanctions on Iran imposed by the U.S. Canada agreed to extradite Meng to the U.S after several months of their neighbours pushing for the move.

The British Wade In

A British review has found important security issues with Huawei’s telecommunications equipment. The report highlights defects in Huawei’s software engineering, which ultimately present security risks. However, Britain and other countries are reluctant to impose a ban on Huawei, citing the proposal of extremely costly delays in implementing a technology that will open doors in manufacturing, health care and transportation.

Spy Products For Moral Use

From listening devices to vehicle trackers to spy cameras, here at Spy Equipment UK our product ranges can be used in a multitude of situations. Our team of industry experts ensure full discretion to all our customers. For more information on our spying equipment visit our contact page or, alternatively, visit us at our Coventry office.