In this day and age, industrial espionage and placing moles within businesses to gain information on competitors is a common practice. Many competitors like to get as much information as they can about their competition so that they know what direction to steer their business in and so they often use spy surveillance techniques to achieve getting the information they require. So if you are running a successful business then it is a good idea to protect yourself and your business from any surveillance that could be a threat to your livelihood, potentially with our clever counter surveillance products. There are some simple ways you can keep your business safe from surveillance including;

Stop Them From Listening In with Counter Surveillance

Many businesses often assume that because they have business lines for both their broadband and their phones, that they are safe when it comes to spying or even hackers. However, this is simply not the case and spy surveillance products such as phone recording devices can easily be placed on your phone line leaving you open to competitors listening to all your conversations and business calls. The best way to protect yourself from this kind of surveillance is to fight back. You can purchase counter surveillance products such as a phone tap defeat which will play a nice loud noise to any recording device trying to listen in on your phone calls.

Keep Tabs on All Employees 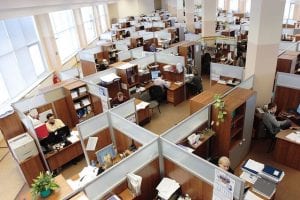 With many competitors sending out moles to work with a competitor and gain information that will be of benefit, it is a good idea to keep an eye on all staff. Install keylogging software on all the desktop computers and laptops in your offices, including those used by managers. This will give you a report showing all emails, chats, websites and searches completed on each computer, so if the information is being leaked you can identify who by.

Secure The Building With Surveillance

As well as the already mentioned keyloggers and telephone tap defeat products, there is an entire range of products available. Why not play the spy’s at their own game and install some surveillance equipment of your own. Have a look at some hidden cameras or recording devices to ensure you capture any suspicious behaviour.

Use Bug Detection Against Invasion

If you want complete peace of mind without having to invest in surveillance or counter surveillance equipment, then the next best option is going to be specialist bug detection equipment. There are bug detection products on the market that will pick up and locate most bugs that could have been placed within your business. Whether it is a phone recording device, keylogger, camera, recording device or tracker, these gadgets can pick up most products. You can choose from an economy range or you can go all out and secure yourself against any possible invasion with a high tech bug detector.

Contact Us
X Close
We use cookies to ensure that we give you the best experience on our website. If you continue to use this site we will assume that you are happy with it.AcceptPrivacy Policy