5 Gadgets to Help Protect your Business

If you’re looking for a spy gadget for your business, whether it’s to monitor or protect your employees, there are many covert spy gadgets available which won’t raise any suspicions within your working environment. In a recent survey, 84% of employers have admitted to some sort of office monitoring which has led to the dismissal of an employee, whether that’s a background check which has shown up something undesirable or something spotted on CCTV.

Here’s quick round-up of some of the more popular spy gadgets you might want to try in your workplace. 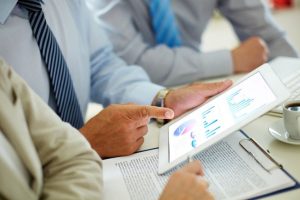 Available in many different styles, from a common biro to an expensive-looking fountain pen, these spy pens usually have a tiny pinhole camera hidden somewhere – perhaps in the clip, or the decorative band. Inside, you may find a micro USB slot or memory card, which records everything its user says and does. Similar devices can be embedded into other common office supplies, such as calculators, USB pen drives, and even ID badges.

Clocks are part of every office, whether they’re old style analogue or ultra modern digital. A camera can be installed in the centre of the dial, within the speaker grille, or behind what looks like regular PVC, but is a two way mirror, allowing the spy camera clock to film everything in front of it.

Useful for the employee who goes out on the road, and perhaps vital for one who might find themselves in a volatile situation, a chunky looking sports watch can contain a camera and voice recording device, whose contents can be downloaded when they’re back at a computer. You can also find ties with built-in cameras and voice recorders.

Used extensively by logistics firms, GPS trackers can be placed on company vehicles or property which goes out of the office, allowing their movements to be tracked securely back at the office. Keep your drivers on track, your laptops where you can find them, and your vehicles secure with increasingly small trackers.

Just like in the spy movies, a tiny “bug”, no bigger than a button, can be placed up against a wall where you wish to hear the conversation on the other side. Digital enhancement makes sound of the listen through wall device crystal clear, and conversations can be heard through wood, brick, metal and concrete walls.

With the technology evolving all the time, recording devices are getting smaller and smaller, allowing them to be put into all sorts of everyday items. You never know who – or what – is watching you at work!