How to protect your home and family in 2016

What could possibly be more important than protecting your family and the home in which you all live? Very little! You should rest easy, because nowadays, there’s some pretty smart equipment out there to help you do just that.

For years, people relied on visually obvious gadgets such as boxy burglar alarms and sign-posted CCTV systems that potential intruders could clearly see. These may have acted as a deterrent to opportunists looking for an easy target, but professional burglars and thieves who are experts at what they do would easily get around this. Also, what if the threat wasn’t from a stranger, but from someone you know? Someone you may even welcome into your home? Someone such as a neighbour, so-called friend or a tradesman? 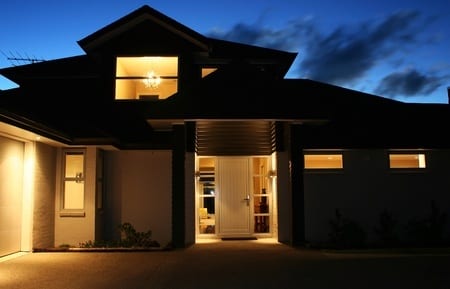 Smart technology to protect your home

Of course, you could adapt your home to prevent intruders from gaining access in the first place. Seasoned burglars are able to pick locks in no time at all, so why not invest in a smart lock system? Smart locks give you remote control in regards to who accesses your home from your smartphone, and, if you install a smart keypad on your front door or main gate, you’re able to create unique, custom entry codes for guests, negating the need to get spare keys cut for your neighbours and friends.

You could also have some security lights installed. Again, these could be seen as an easily negotiable deterrent, like the burglar alarms and CCTV systems we mentioned before. However, have you considered investing in a smart security lighting system? Smart security lights arrive in the guise of traditional lighting fixtures, but have cameras hidden inside them which can sense movement at your front door and immediately send a notification to your smartphone, wherever you are in the world. The system may just be tripped by the postman, in which case you can converse with them over the speaker system, and tell them where to leave your parcel. If a more unsavoury character decides to pay you a visit, you can warn them through this speaker, or even sound an alarm from your smartphone to warn them away, if necessary.

Spy equipment can help protect your family and home

Nowadays, many people are catching on to the idea of using spy equipment that cannot be easily detected. Pinhole cameras have catapulted in popularity over the last few years with those keen to protect their family and home. These tiny, undetectable devices can record the actions of anyone who is doing something they shouldn’t, helping to keep you safe 24 hours a day, seven days a week, without anyone else knowing.

The Tiny Black Box Spy Camera System is a very clever combined High Definition spy equipment camera and DVR, which comes all together in one little, self-contained plastic box. Battery powered, and only 85 x 45 x 20mm in size, you can easily hide this tiny camera within or behind ornaments, TVs, clocks or other objects around your home. Whoever is making mischief in or around your home will be being filmed, and they won’t have a clue about it!

Alternatively, you can purchase cameras already disguised as everyday objects found around the typical home. This means that the perpetrator will not know to cover or destroy the camera. Instead, they will not think for one second that they are being watched, so you will catch them in the act and have the recorded evidence to prove it.

One such device is the popular Wall Clock Camera/DVR – HD. A common, simple wall clock, with a very discreet pinhole high definition spy camera and digital recording system fitted inside it, it just looks like a wall-mounted clock you’d find in any home!

If you would rather have something voice activated than motion activated, the Smoke Alarm Recorder could be exactly what you need. Designed to look like an everyday smoke alarm found in most households, this crafty, fully functional device would never be suspected – any intruder or perpetrator wouldn’t look twice at it. Its built-in, sound activated recording system makes it the perfect audio surveillance solution for any house.

So, there you have it. Whether you want to control access to your home with your smartphone, or you want to keep an eye on guests, neighbours, friends or even family with spy cameras, there’s a whole host of new technology out there to meet your needs. Keeping your home and family safe no longer means burglar alarms and a baseball bat by the side of the bed.