The cold war was at its height during the 1960s and 1970s. In their fight against communists, America sent men into Vietnam to battle the ‘iron fist’. The mission resulted in over one million fatalities for both sides. It wasn’t a war people believed in; it is the sole reason the flower power movement erupted. The war is also the focal point for several films because of this and the war wasn’t just controversial on the surface, either. As always with war, there was a lot of espionage conducted. And as we always do in our spy history articles, we’re going to explore such happenings. 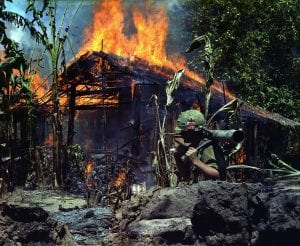 Spying, a pivotal war tactic for the United States in wars previous, was much more of an arduous task during the Vietnam war; American citizens couldn’t exactly blend into common society there. The Vietnamese on the other hand, they had an advantage. As the country was torn, people from the same nation were on opposing sides.

Therefore, espionage could be conducted without an alias. Which, considering the circumstances, was a force to be reckoned with. It gave them the upper hand from the beginning. Without such an advantage, military attacks such as the Tet Offensive, supposedly what eventually made America withdraw, wouldn’t have been possible as they attacked whilst hiding in plain sight.

It’s commonly known that the communist north of Vietnam had lesser troops and lesser equipment to match. However, they were smart with their deployment and had more than respectable intel. Here’s one example of how they conducted themselves. You can bet they were many cases similar to this one 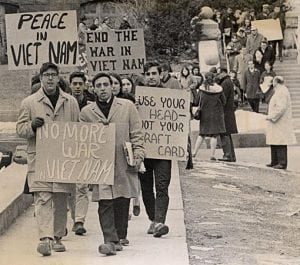 A decidedly great spy history this one. Xuan An, a Times magazine correspondent, was actually a North Vietnam spy. Not only did he choose those who to target in the Tet Offensive, he also worked his corresponding job after and spun America’s involvement in the battles as dishonest and immoral; supposedly adding fuel to the anti-war message the flower power movement adopted.

Interestingly, the Tet offensive should’ve actually been considered a victory for American forces. They had defended and held multiple cities and didn’t lose considerable men doing so when North Vietnam had many, many casualties. But the anti-war narrative is where Vietnam claimed the victory and Pham Xuan An is the man who pioneered said narrative.

Working for Time magazine, he made sure that the atrocities – although in defence – were well-documented and insinuated to such actions being immoral and somewhat senseless. He put the blood which the communist North incited on America’s hands. In response, the anti-war movement kicked into overdrive. Lyndon B Johnson couldn’t justify sending any more troops in. Soon after he also withdrew from the presidential race and Nixon took over.

It could be argued Pham Xuan An, just one North Korean spy who directed the Tet Offensive and then spun the casualties in North Vietnam’s favour, was the catalyst for America’s withdrawal. Withdrawing also being something they had never done before. What a feat.

Xuan An brought this segment of the fight against communism to an end through the manipulation of media. He was a spy and did his job magnificently. Although America was our ally which technically means this was a loss for us, too, his actions were commendable.

Who is the Most Important Spy of all Time?

Alternate Realities: What if Thatcher had Spy Equipment?

If you have any questions about this spy history or would like to discuss it, give us a call.