Home » Spy Equipment News » The Animals Accused of Being Spies

The Animals Accused of Being Spies

We know what you’re thinking; quite an intruding headline for this latest blog post, right? And we were equally as curious when we began researching the list of animals that have been accused of international espionage in the past.

What’s not to love about the idea of animal spies? Not only are they easy to train, but they are small, speedy and well, they don’t look like your typical spy. Turns out that quite a few of these furry critters appear on the list. Let’s take a look at some animal spies that have been noted over the years.

In January 2016, a huge griffin vulture with a mighty six-foot wingspan flew across the Israeli border into Lebanon. The bird was seized by local villagers who found a small tracking device on its claw. Worries and a little confused, they accused the bird of being an Israeli spy.

However, it was later discovered that the tracking device was placed on the vulture as part of a project to repopulate raptors in the Middle East and had been living at the Israeli Gamla Nature Reserve. The vulture was later returned home.

Following reports of numerous shark attacks in the Egyptian Red Sea resort of Sharm el-Sheikh, conspiracies in the press began to circulate that Israeli intelligence agency Mossad has trained the animals to attack tourists.

Israel completely denied doing anything of the sort, pointing out that they too had beach resorts on the Red Sea; asking why they would want to jeopardise their own tourist trade.

Shark spies may not be some of the most significant we have witnessed! Discover some of The Most Important Spies of All Time.

During the Napoleonic War in the 19th Century, a French ship wreckage off the shores of northeast England became a local myth. To this day, civilians of Hartlepool believe that their ancestors gathered on the beach to see off their enemies, but found one survivor in their ranks – a uniformed monkey!

Townspeople automatically suspected the monkey was spying for the French and questioned the animal(!). After some interrogation, and not a lot of comprehensive answers, the people of Hartlepool convicted the monkey if spying and it was hanged. 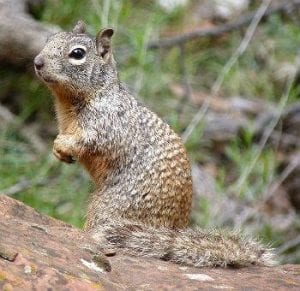 In 2007, fourteen squirrel spies were captured by intelligence officers in the border region of Iran, the Islamic Republic News Agency reported. They were accused of carrying listening devices that were used for gaining intel. Environmental specialists and CIA agents have commented that it would be incredibly hard to train a squirrel for such action.

Send in the Clowns (Of The Sea)

Back in August 2015, a Palestinian political organisation known as Hamas captured a dolphin off the coast of Gaza. They accused Israel of using the dolphin to spy on them, but Israel refused to respond to the accusations.

The Truth About Cats and Dogs

British National Archives have revealed that two cats and a dog were accused of spying for the Germans during World War 1. The animals were seen crossing the British trenches on the Flanders front line on more than one occasion, accused of passing on messages from the Germans.

Archives showed that the British forces have attempted to capture the cat and dog spies, but no information exists to indicate that they were in luck. 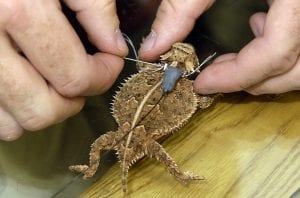 Military advisor, Hassan Firuzabadi, told media outlets that lizard spies have been found in uranium mines to gather intel on the Iranian government in February 2018.

In an article written by the Times of Israel, a local Iranian news agency quotes the military advisor saying that they found lizards and chameleons in the possession of a group of environmentalists, who were arrested back in January.

We might not be able to attach a spy camera to your dog, or an audio recorder on your lizard, but we do have a wide selection of spy equipment that ensures individuals, businesses, private detectives and government bodies alike are equipped with the latest technology and industry knowledge to combat the threats through active and counter surveillance solutions.

Discover Interesting Facts About Spies or another of our articles, How to Use Spy Equipment to Monitor Wildlife. Why not brush up your knowledge of female spies whilst you’re here? We cover the subject of World Famous Female Spies Throughout History in depth.

If you would like more information about our products and services, get in touch today on 024 76 010588 or fill out our online request form and someone will respond to you shortly.