Eight of the Most Secure Places in the World

Effective security, surveillance and spy gadgets are paramount – particularly if you are in possession of confidential information, valuable possessions, or you are protecting someone or something of high importance.

While many of us feel unsafe, and may consider purchasing spy cameras and surveillance equipment to put our minds at rest, there are some places that are so secure you may not even know about them. And even if you do know about them, it’s likely that you won’t know what’s going on inside.  As spy equipment specialists, we are aware of how important employing high-tech devices and equipment can be when it comes to securing your data, premises, and people. Below, we highlight some of the most secure places on earth – you certainly won’t be getting into these without an invite!

No Entry – The Most Secure Places in the World

As providers of some of the best, most advanced spy gadgets that help warn off intruders and catch vital evidence if defences are breached, we know a thing or two about secure spaces and the equipment used to make areas safe. Before we get into the eight most secure places in the world, let’s take a look at five spy gadgets that would make even the most secure of buildings that little bit more impenetrable.

Spy Gadgets for Inside Deployment

Any of these spy gadgets are ideal for inside deployment, making them the perfect devices for securing the inside of a building, including your home. Here are five spy devices that would make these eight most secure places in the world even more secure: 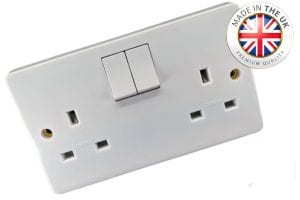 Out of our extensive recording devices range, this item fits in virtually anywhere and is sure to keep suspicion to a minimum. The Mains Socket Voice Recorder is a sound-activated device with strong recording capabilities, including an unrivalled standby time of over 2.5 months! In addition to this, the lithium battery takes under four hours to charge and the microphone has a sound radius of 33 feet. While they charge their device, you capture the surrounding sounds. 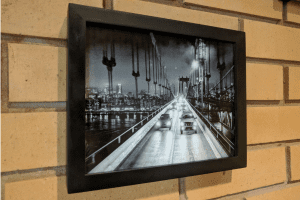 The first of several spy cameras to feature in our list of five spy gadgets that will heighten security in any given building, the Photo Frame Camera is a sophisticated and cost-effective security measure. Especially true of a domestic environment, which building doesn’t have a photo frame of some sort? The Photo Frame Camera has a video resolution of 1280x 720p and captures footage at 20 Frames per second. What’s more, this spy device has time and date stamping for evidential purposes.

The GSM Double Plug Adapter is our most popular mains-powered listening device. This, like so many of our spy devices, is a fully functioning adapter with a difference. That difference is its powerful audio monitoring tool that comes with optional voice-activated ability. This unit is capable of receiving calls discreetly, enabling the user to listen in remotely. With its unlimited surveillance distance, you could literally be anywhere in the world and dial in to listen to audio that the device is picking up in its deployed location.

Key feature: Audio capture distance for of up to 8 metres (25 feet) radius. 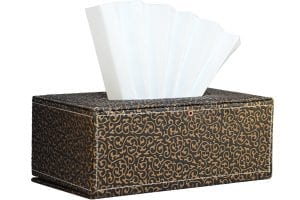 An incredibly sophisticated and versatile spy cam, the Tissue Box Spy Camera enables you to capture any footage and audio that you may require with seamless ease. This device has motion-activated video recording ability and has an internal, rechargeable 5200mAH lithium-ion battery pack. In addition, the Tissue Box Spy Camera has gapless split time recordings – of ten minutes – which means that if a single file is corrupted, all other recordings won’t be affected. All of the capability is secreted within a stylish, sleek tissue box that could form the centrepiece on a table or be a feature on shelving. 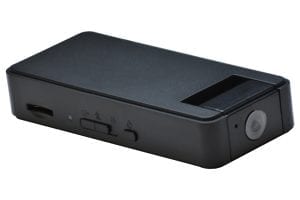 The Swivel Lens Wide Angle Cam / DVR is a spy gadget that we’ve seen used in a wide variety of locations and scenarios over the years. This spy device has low light capability and auto switches from day to night mode. Another stand out aspect of this device is its flexibility and ability to capture footage both horizontally and vertically. These traits are made possible by its 160º super wide-angle lens. As a tiny spy cam, this device can fit in virtually anywhere and is guaranteed to enhance security operations.

Ranked as the most secure place in the world. Home to America’s monetary assets, Fort Knox is renowned for being one of the most secure places on Earth. It is said that around 5,000 tons of gold are housed here (that’s almost 2 percent of all gold on Earth!). To ensure it is completely safe, there is a bank vault hidden deep within a basement of the depository that has a 250-ton door at its entrance. If that wasn’t enough, the entire location is surrounded by a military camp to ward off any intruders. 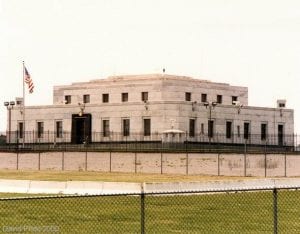 When determining the most secure place in the world, Area 51 is right up there with the best of them. You’ve probably heard of Area 51, the high-security military research facility that’s famed for housing some of the world’s biggest secrets and coverups – and, to some, it’s known for concealing information on aliens and UFO sightings. Of course, we’ll probably never know because the level of security here is so high that what’s going on inside remains a total mystery. Motion sensors and patrols of armed guards are in constant use, always on the lookout for invasive forces. It’s so secure this is the best picture you can get! 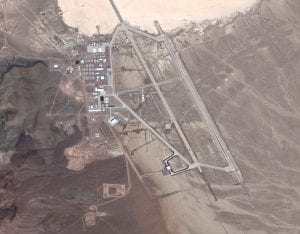 The Vatican is home to some of the most sacred and important religious documents and ledgers in history. There is an estimated 35,000 volumes of information on the Roman Catholic Church kept in a separate, secret building that’s not part of the Vatican Library. Ownership of this information is passed down from Pope to Pope, and it’s one of the most secret, mysterious places on Earth – very few photos of the building exists too. 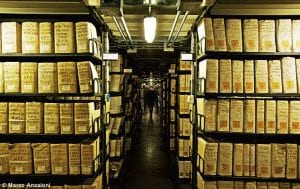 The White House, protected by 18 acres of highly secure, protected land, is the home of the President of the United States, staff members, delegates and other key officials. It is without a doubt one of the most secure buildings in the world. It remains one of the most heavily guarded buildings in the world, fit with an iron fence that envelopes the entire premises, bulletproof windows and well as a special secret service detail devoted to protecting the First Family at all times and at all costs. 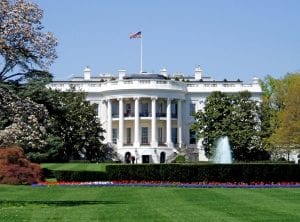 We’re moving across the pond to Bold Lane – a street in the English county of Derbyshire. This location is known for having the world’s most secure multi-storey car park. Built in the 1970s, it’s open 24 hours a day and has 440 parking spots that are protected with individual barcodes, sensors and other high-tech security equipment – the barriers also come down if security is breached. The security measures were introduced in the 90s after the car park become a popular location for crime and drug use. 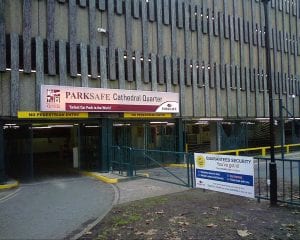 Owned by the Church of Jesus Christ of Latter Day Saints, this building is home to the largest archive of genealogical records and historical information – approximately 3 billion pages of family history! The building is based inside the Granite Mountain in Utah, and the atmosphere is climate controlled to ensure the documents remain preserved. 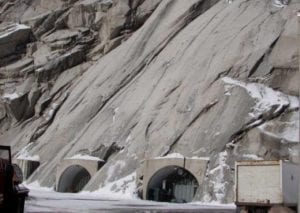 Ranked at seven in our list of most secure places on earth is Saddam Hussein’s Bunker. It’s not known just how many rooms the bunker had, but the main room did have impressive 60-foot high ceilings! The building was designed to protect Saddam Hussein in the event of a military attack, withstand the blast of a nuclear bomb, and had room for about 50 people. Located nearly 100 feet underground, the bunker was the epitome of security – three-ton Swiss-made doors, 5 foot thick walls, 6 foot thick reinforced concrete ceiling and two escape tunnels. It withstood several US attacks, including bunker busters and 20 cruise missiles. 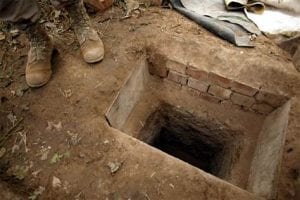 Home to a number of government organisations, the Cheyenne Mountain Complex is the intelligence, command and control centre for the United States Space Command missions and the North American Aerospace Defense Command (NORAD). Built during the Cold War, this high-security facility features super-strength blast doors. Don’t know what a blast door is? It’s a huge door built to protect against a nuclear blast. These particular doors can survive a multi-megaton nuclear detonation and each door weighs 25 tons. 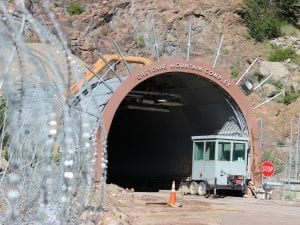 Make Your Home, Workplace or Car One of Earth’s Security Wonders?

These buildings provide their occupants with some of the most secure places in the world. Want to get your home or workspace somewhere near the levels of these buildings or areas, in terms of security? Well, why don’t you take a look at Spy Equipment UK? We design, stock, and manufacture a range of high-tech security, surveillance and CCTV equipment for all of your business and personal needs. You could get a lifetime asset tracker for your car or perhaps even a portable battery pack audio recorder; making you that one step closer to being one of the most secure places in the world.

If you have any questions or you are unsure about the type of security system you may require, get in touch with our friendly, professional team on 024 76 010588 or drop us an email at shop@spyequipmentuk.co.uk. You can also fill out our online request form here, and we’ll get back to you as soon as possible.

Interested in reading an in-depth, related article to this? Why not cast an eye over Revealed: The Most Secure Regions & Countries to Live in 2019?