If you could flip a switch to record everything you saw whenever you wanted to, how much more secure would your life become? How many debates could you win, how many situations could you prove really happened? Some people believe that the latest leap forward in consumer technology, Google Glass, might enable just this. Could Google Glass be a spy camera? 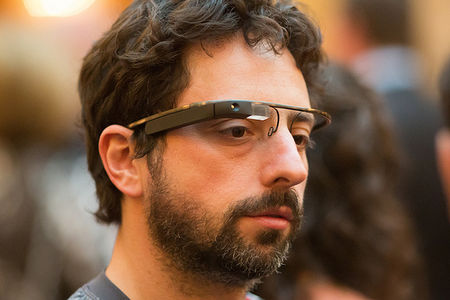 Not A Spy Camera According to Astro Teller

Noticeably when taking a photo, so it would be “hard for a person to use it as a spy camera.” Teller also noted that Glass would only record in the direction that the user was looking, making it obvious that the wearer was at least watching.

Currently, Google Glass may not be very discreet, and its colourful presence seen when attached to glasses doesn’t help. Glass’ etiquette asks users not to record people without them knowing, but many are skeptical of this. Bill Gates is set to buy a patent for a counter-surveillance camera that would detect potential intruders such as spying Google Glass wearers in situations like using an ATM machine. So, clearly Glass could have potential covert capabilities.

Google Glass seems to have a huge scope for surveillance. As it can be set to constantly record, police officers, detectives and journalists could use Google Glass video to keep records of crimes they encounter daily for legal use. Used alongside Google’s many advanced applications, Google Glass could create a new era of security.

Although many are concerned about privacy issues with Google Glass, but, as Teller points out, we are caught on camera hundreds of times a day, and there are many other spy cameras in regular use.

Will Google Glass ever be a spy camera? Teller doesn’t seem to think so. But did anyone 50 years ago foresee the covert camera industry progressing to the stage it has reached? With a few modifications in discretion and design, Google Glass would be at the forefront of a video surveillance revolution. Learn more about our actual hidden cameras and contact Spy Equipment UK to get advice on which is the best product for you.