What Can We Expect from Spy Equipment Technology in 2019?

Year on year, we see developments in technology that increasingly outdo the last. These advances take us from strength to strength in our society, regularly improving our medical and scientific discoveries, our rate of construction and our progress in IT. Our personal and professional lives also benefit from such developments; whether it’s the use of AI in our offices to eliminate mundane tasks, or brand new spy equipment and surveillance technology.

Advances have been welcomed by society in a number of instances as they generally aid us in making our daily lives a lot easier. At Spy Equipment UK, we relish these changes and look forward to what they have in store for us and our future spy gear. In this article, we’re looking at the technological advancements we can expect to see in 2019, and how they could benefit our industry going forward.

As we have developed new technologies, we have programmed them to collect a wealth of data. Artificial Intelligence (AI) is where these technologies are then programmed with that very data they collected to process and regurgitate it in a way that humans can understand and find helpful. We are seeing this more and more in our daily lives; as AI eliminates the need for us to perform many repetitive and mundane tasks. 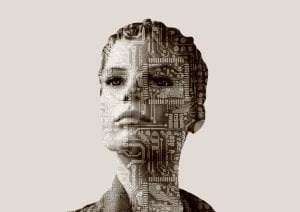 From Amazon’s Alexa and Google Home to Apple’s Siri, AI technology is developing quickly and we can expect to see even more advancements in 2019. It is highly likely that as more people embrace AI technology, it will begin to migrate into other uses such as being incorporated into new spy equipment developments – perhaps our spy gadgets will become autonomous?

R+ is the summary term for augmented reality (AR), virtual reality (VR), mixed reality (MR) and extended reality (XR). For many years now, we have seen developments in this area, particularly with gaming. Pokémon Go, for example, uses AR to augment the existing world seen around us by adding in characters and animations via our smartphone devices. An example of VR in gaming is anything that involves a headset, as this completely alters the world you see around you. 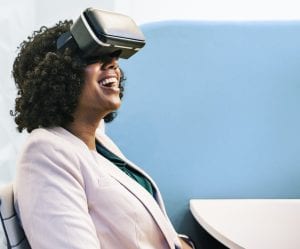 Google has also been developing a new element to the Google Maps platform which uses AR in the form of cartoon animations to help people to find their way around. The use of the phone’s camera in the app will display the streets around the user and large arrows, street names and location pins will appear on-screen to assist with navigation. This AR development is not yet available to the public but we are looking forward to seeing it soon.

For the spy equipment industry, this could present some interesting opportunities, perhaps with the idea of individuals immersing themselves within a situation that they are monitoring with spy cameras. This has not yet been confirmed in the industry but it would be an exciting development if it came to fruition.

We are seeing security increasing at a code level for a number of organisations as the threat of cybersecurity rises. In terms of spy equipment, there could be a need to adapt some products to ensure that they continue to go undetected during use. For now, all our products will not suffer any issues, but this could be something to be mindful of in the coming months. 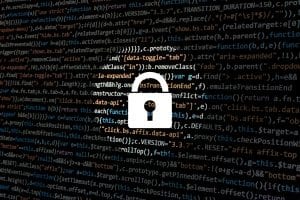 Commercially we have been seeing this develop immensely through wireless charging and wireless headphones. Last year we saw a huge trend in wireless earbuds in the market, and it would be interesting to see how this expands into the spy equipment industry, particularly in regards to audio listening devices.

EE, owned by BT, is the current lead 4G provider in the UK and at the end of 2018, the EE announced that it would be providing 16 cities with 5G in 2019. Marc Allera, CEO of BT’s Consumer division said: “Adding 5G to the UK’s number one 4G network will increase reliability, increase speeds, and keep our customers connected where they need it most”.

Fifth Generation Mobile Networks, or 5G, is the natural evolution for data transfer technology. It will speed up our data transfer immensely, but by how much? Well, you could download a full HD film in as fast as four seconds, as opposed to the seven minutes from 4G. This development is necessary given the current technological climate and will be greatly beneficial in a number of industries, including spy equipment by the end of 2019/early 2020. 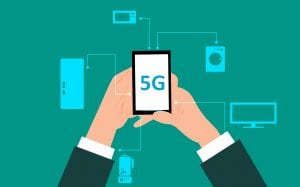 In February, Samsung released the Galaxy Fold, the first flexible phone on the market. This is a huge innovation in the smartphone market and it could hugely benefit the spy equipment industry. As the whole purpose of spy gear is that it is discreet, the use of flexible tech could be a huge bonus: the device would have the ability to appear very small, but it could then fold out to be much larger. This would provide better viewing capabilities for users whilst really capitalising on the ability to make tech as discreet as possible.

Flexible technology is still in its early stages so it could be a while before we see it appear in our spy products, but we doubt it will be long before we do.

Spy Equipment UK and the Future of Technology

At Spy Equipment UK, we think that every advancement in technology is an exciting step towards the future, and it’s so interesting to see which developments we could see entering into our industry in the near future. We are always expanding our product range with new technological developments, and we will be sure to keep you updated as and when we do. If you’re interested in any of our products, get in touch today to learn more.